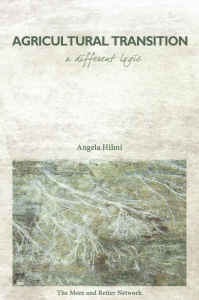 AGRICULTURAL TRANSITION – a different logic  is a publication released by the More and Better Network in the occasion of the Rio+20 Conference and quite different from other reports. The booklet (116 pages) is published in English, French, Spanish and Portuguese.

A transition of agriculture is needed, from the agro-industrial and other form of not sustainable agriculture into agro-ecology and other forms of viable food production. A transition is needed that takes into account what farming is and who the farmers are. Rather than perpetuating the idea of the poor small farmer, it is time to understand family farmers, also called peasants, for what they are: solid professionals with wide skills, rooted in time and space, with the ability to produce value at local level and wealth at global level. Viable forms of farming exist and are evolving  in different parts of the world and many transitions are  proving  successful. Twelve steps are proposed here in AGRICULTURAL TRANSITION – a different logic.

Click here to view the references/bibliography and other links.

Translations in other Languages